This new headlining exhibition promises immersion of a type that you’ve never experienced before. Imagine yourself in the heart of the city of your dreams: the timeless, iconic city of Venice. Who better to take us down the Grand Canal, past Saint Mark’s Basilica and under the Rialto Bridge than Tintoretto or Veronese?  The exhibition is an exceptional journey through Venice via its greatest painters, and it also celebrates the Venice Film Festival using photographs of emblematic actresses from the Italian neorealism movement. The short exhibition is dedicated to a painter from the early 20th century, Joaquin Sorolla. It takes you on a nostalgia-steeped journey to the Mediterranean and presents some of Spain’s architectural treasures: refined, eternal! Drop everything and head to the Bassins des Lumières!

The exhibition opens with pieces by the great contemplator, Claude Monet that include depictions of sunsets and the facades of Venetian palaces. Through around thirty of his canvases, you can explore the Doge’s Palace, the Baroque church of Sante Maria della Salute and the San Giorgio Maggiore basilica. Then comes an immersion into the Pointillist works of Paul Signac.

Canaletto shows us the lively and flamboyant Venice of the 18th century with his unposed scenes of gondolas and boats passing by, as well as party scenes like in his Festa della Sensa. This great master’s paintings depict the daily life of Venetians in minute detail and also portray Saint Mark’s Square and its imposing basilica with deference.

This section of the exhibition is rounded off with a delectable dive into the golden glimmer of this famous Byzantine basilica! Visitors will marvel and be moved by the incomparable savoir-faire of the Byzantine artists who were present in this waterside citadel from the 12th to the 15th century. 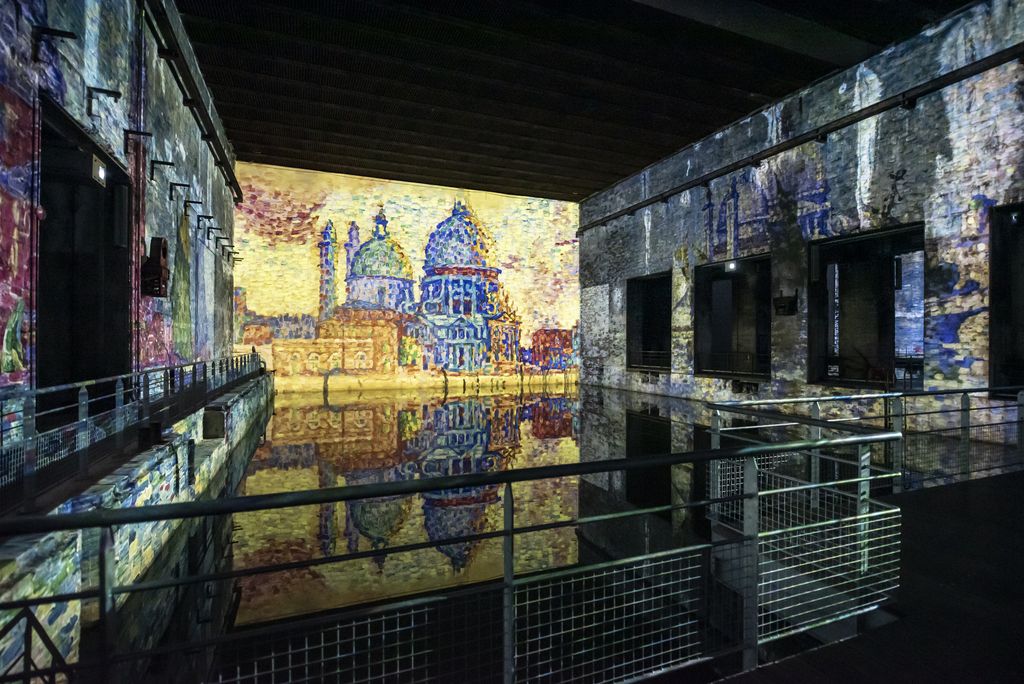 IN THE THICK OF VENETIAN FEASTS

A series of eight works painted by Carpaccio between 1490 and 1496 initiate you into the Legend of Saint Ursula. These completely innovative works take us deep into some lavish Venetian feasts. They are full of anecdotes and bring us up close to 15th century Venice!

Then on to the sumptuous works of Tintoretto, the painter of movement and colour whose ‘Il Paradiso’ constitutes a remarkable climax to the exhibition; it is a monumental canvas full of colour, depicting a throng of characters.

FROM LA FENICE TO THE DOGE’S PALACE

Musical art is also part of this immersive artistic adventure. You can imagine Venice resonating to Verdi’s soaring music, such as La Traviata, which he composed especially for La Fenice opera house. Pietro Longhi has magnificently recreated this ambiance of masked balls and musical revelry. The artist Francesco Guardi plunges the visitor into the urban landscapes of the city of canals, including the famous Teatro La Fenice.

The exhibition also proposes a detour that takes in the immutable Doge’s Palace, a classic and flamboyant brick and white stone symbol of the Republic of Venice!

From the sacred to the profane, the exhibition also allows you to enter into the works of Bellini, Titian, Veronese and Giorgione. Through ‘​​The Presentation of the Virgin at the Temple’ and ‘The Tempest’, we get close to the many delicate faces of the Madonna, painted by these artists who are emblematic of Venice’s holy side. You’ll also discover paintings of some of the beautiful rural scenes that inspired Manet.

FROM THE WEDDING FEAST AT CANA TO THE VENICE FILM FESTIVAL

Veronese deserves a mention! ‘The Wedding Feast at Cana’ was painted between 1562 and 1563, and it depicts an incredible feast attended by up to 130 people, undoubtedly including Tintoretto and Titian! The exhibition’s epilogue takes us back to the Venetian rooftops with the English painter Turner, whose highly romantic misty atmospheres chime perfectly with the opening works by Monet!

One part of the exhibition presents the glamorous side of Venice, as characterised by the Venice Film Festival, using a series of photographs of Italian and international actresses superposed over the timeless faces of 15th century Venetians! This astonishing iconography is an homage to Italian neorealist cinema. 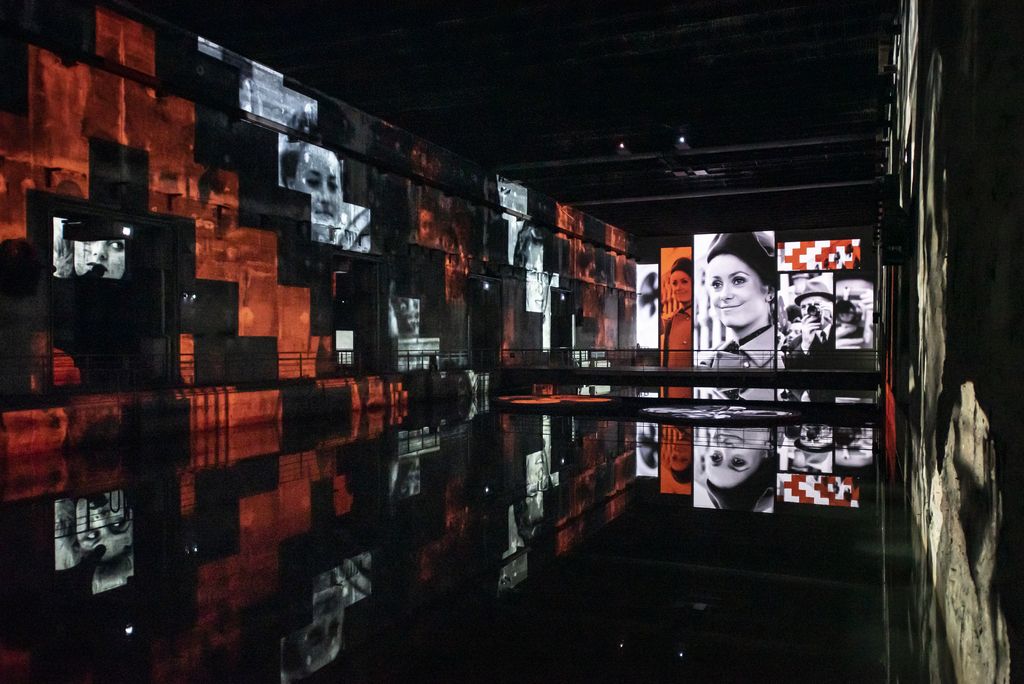 This short, immersive exhibition starts with Joaquin Sorolla’s series ‘Vision of Spain’, painted between 1911 and 1919 as decoration for the Hispanic Society of America’s library in New York. This series, made by a huge admirer of Velasquez, takes us across Spain’s different regions, giving us a window into celebrations, dances and other Spanish processions. Visitors can also admire scenes of Mediterranean beaches and see for themselves the habits and customs of fishermen, as well as walkers enjoying the seaside.

Sorolla shows you other decor and atmospheres through depictions of the Alhambra, Sevilla’s Alcazar, scenes from Madrid and more symbols of a rich and refined Spain. 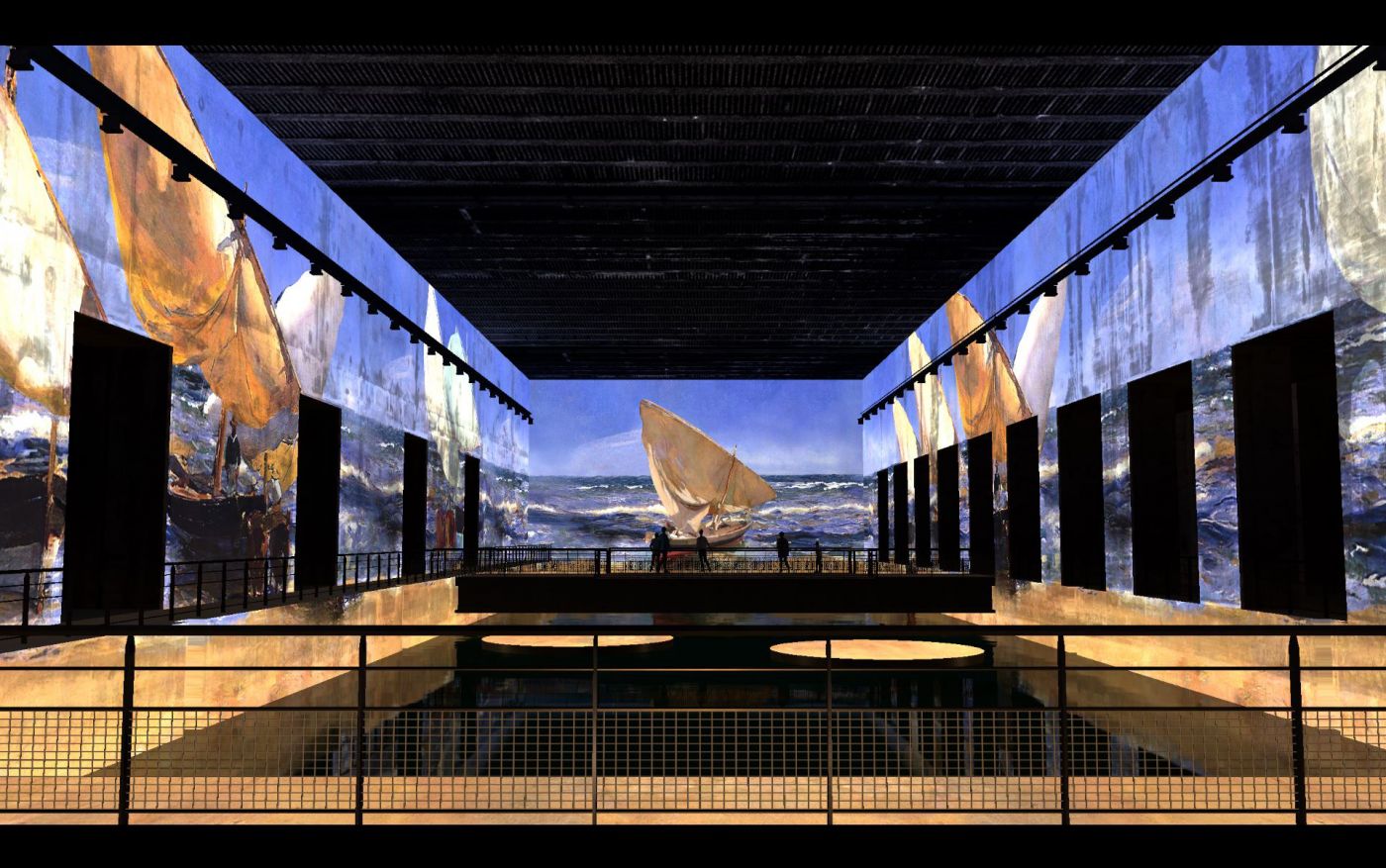 Museum of the Sea and the Navy